In the wake of the All Blacks‘ historic home series loss to Ireland on Saturday night, the worlds of a current and former player literally collided when players had to intervene during a heated clash between Akira Ioane and Justin Marshall.

Footage emerged on social media of the two in a heated verbal exchange, with the video reportedly taken outside a pub in Wellington following the game.

Marshall – who played 81 Tests for New Zealand – is now a prominent rugby union commentator and was highly critical of the team selection for the 32-22 loss.

It’s unclear who started it and what was being said, but Ioane was clearly taking exception to the behaviour of Marshall, who appeared to be unsteady on his feet.

In the video, players had to push Ioane back towards the team bus outside the pub as the pair exchanged words.

It led to injured All Blacks winger Caleb Clarke intervening calmly and directing Marshall in the other direction. 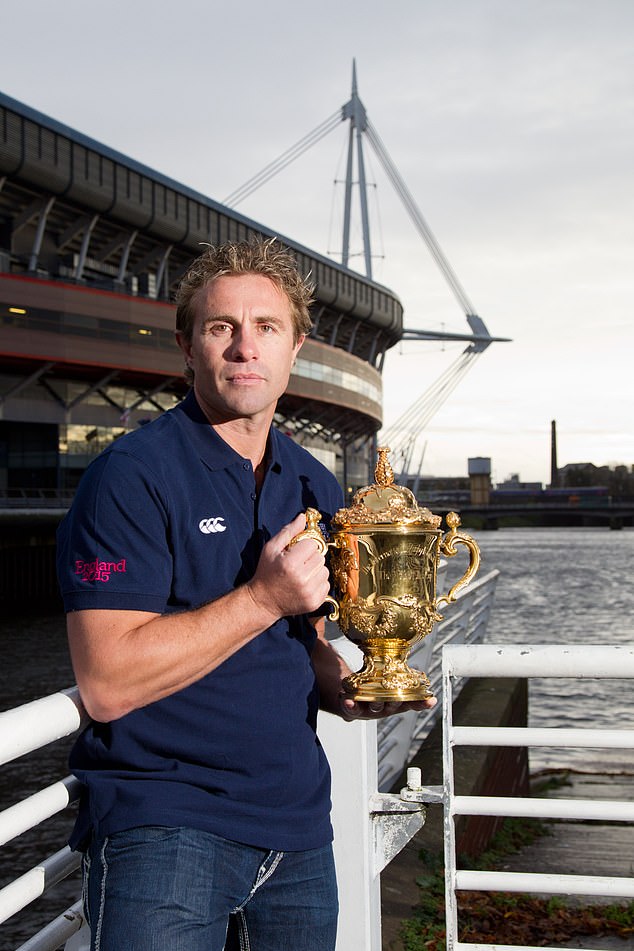 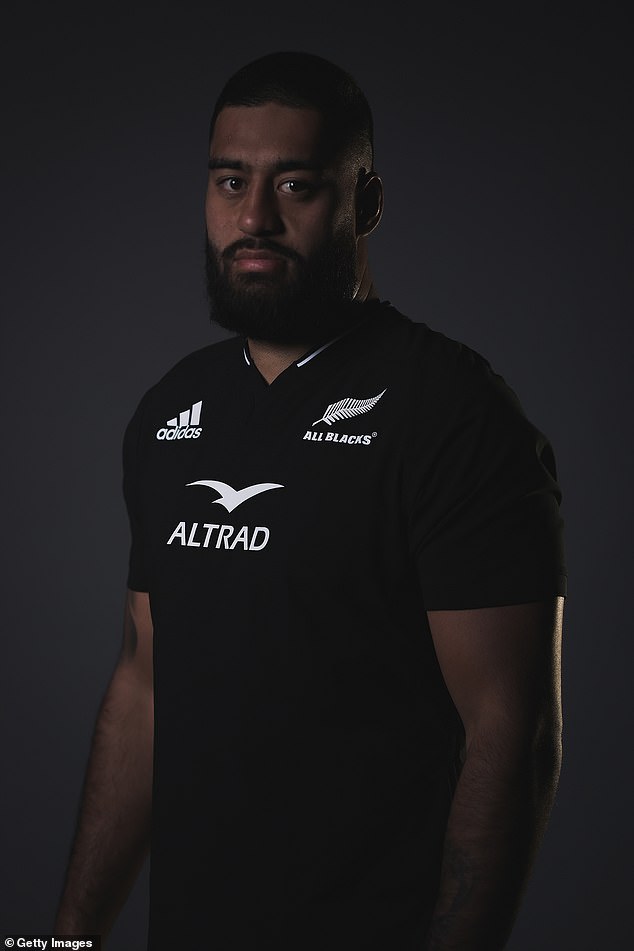 Ironically, Clarke – who was sidelined with a hamstring injury – was one of the players whose selection Marshall heavily criticised.

‘There are players that are in that team that probably shouldn’t be there,’ Marshall told SENZ radio.

‘There are lots of equations in the mix, like what the hell is Caleb Clarke doing there if his hamstring was never going to be right for the series?

‘There’s no point in having a guy there (that isn’t fit to play). They didn’t need to name players that they couldn’t use. Why did they do that?’ said Marshall. 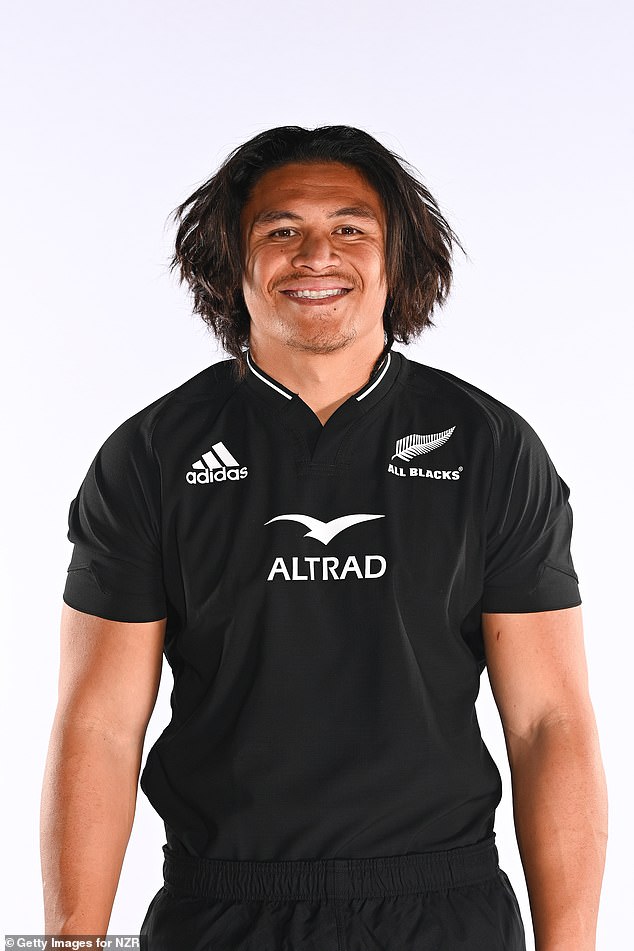 NZ Rugby, who have a five per cent ownership share in Marshall’s employer Sky, released a vague statement about the footage.

‘Our security was managing the group in a separate area at the venue,’ confirmed NZ Rugby.

‘We have contacted venue staff and spoken at length with players and security staff, who recall words being exchanged with another individual, as they were leaving. Our security proceeded to escort our players to their transport.

Behaving responsibly is one of the core values in our team environment. The group were working to meet their curfew and when faced with a tricky situation, they did what they could to ensure everyone departed safely at the appropriate time,’ the statement said. 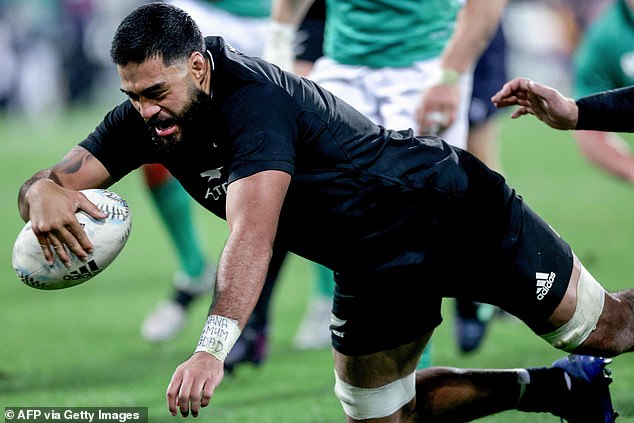 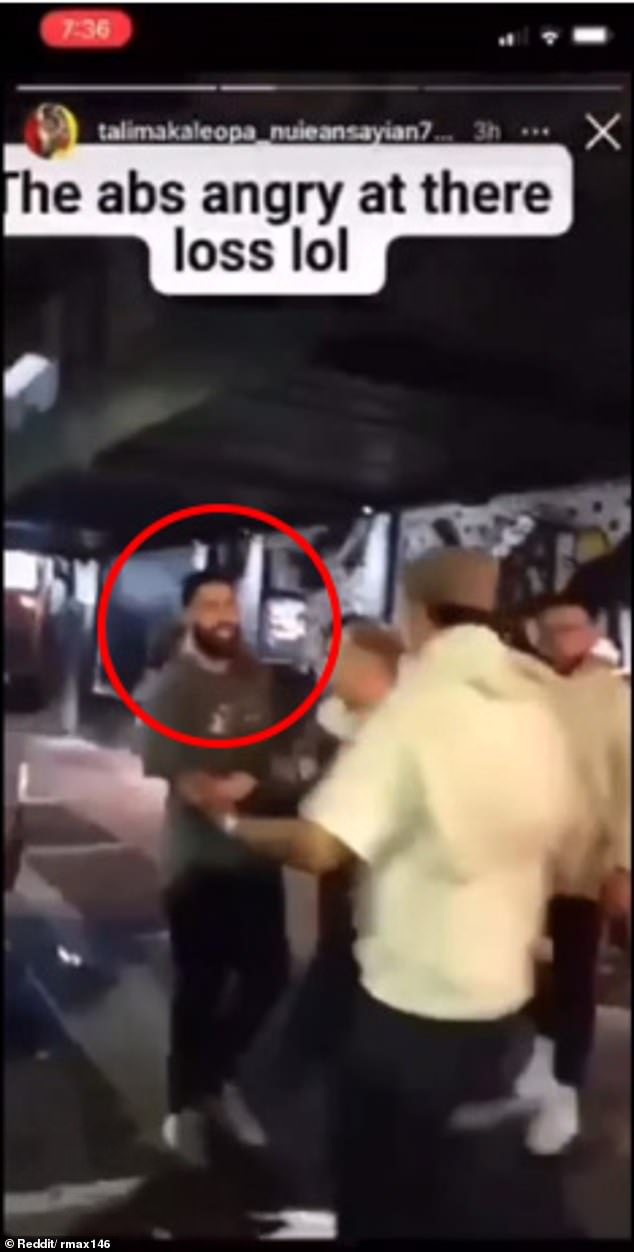 The organisation also cancelled a scheduled press conference for the day after the game, with communications manager Jo Malcolm writing on LinkedIn she wanted to protect coach Ian Foster, who has faced heavy criticism.

‘I decided not to demand that All Blacks head coach Ian Foster front late on Sunday morning. Not him,’ wrote Malcolm.

‘I felt he needed a day or so to work out what he wanted to say and not just be a punching bag for the media, who, let’s be clear, wanted blood.’ 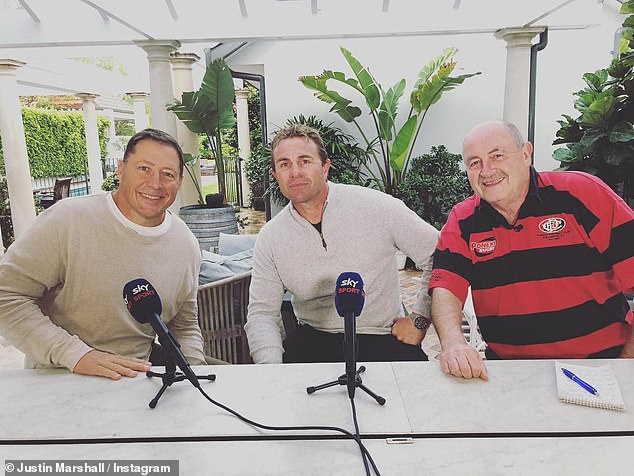 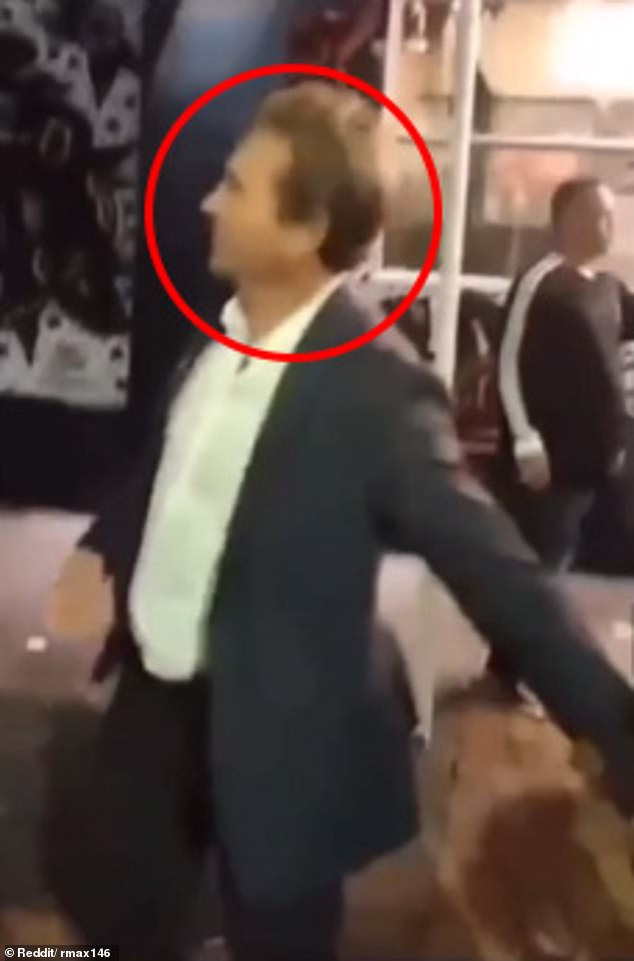 Marshall attempts to advance towards Ioane during the altercation

Marshall is one of those media personalities who has criticised the current regime,

Marshall is the second-most capped scrumhalf in All Blacks history, and enjoyed a glittering and highly successful career in the number 9 jersey.

As well as his 81 Tests, he played Super Rugby 105 games for the all-conquering Crusaders before spending the last five years of his career in England.

So it’s safe to say he is well qualified to have an opinion about the state of New Zealand rugby; but no doubt his employers would rather he kept himself out of verbal altercations with current All Blacks outside a pub late at night. 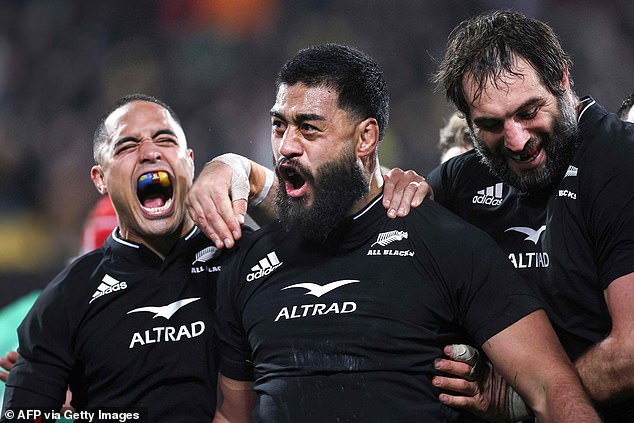 Second-rower Ioane has had a long career in Super Rugby with the Blues, but is still establishing himself as an All Black.

He was absolutely superlative for the All Blacks on Saturday night, scoring a try and running for 73 metres – but unfortunately it was to no avail.

The defeat to Ireland was their first series loss at home in almost 30 years, and the Kiwis have now lost four of their last five tests – an unfathomable occurrence for many of this generation’s rugby fans.