The man banned from footy games for life after urinating off a grandstand at the SCG during last Saturday’s rugby match between Australia and England has lashed out at a reporter when confronted about his vile public act.

Kiwi-born personal trainer Daniel King, 31, was in no mood to chat when A Current Affair journalist Steve Marshall tracked him down in Sydney‘s CBD.

King is expected to appear at Downing Centre Local Court on July 25 after he was charged with behaviour in offensive manner in a public place and climbing on buildings on scheduled lands without approval.

Asked to explain his conduct on camera, the Bondi-based bodybuilder was aggressive from the outset.

Marshall approached King inside a shopping mall and referred to the former premier New Zealand rugby player with Wakatipu as the ‘piddler on the roof’. 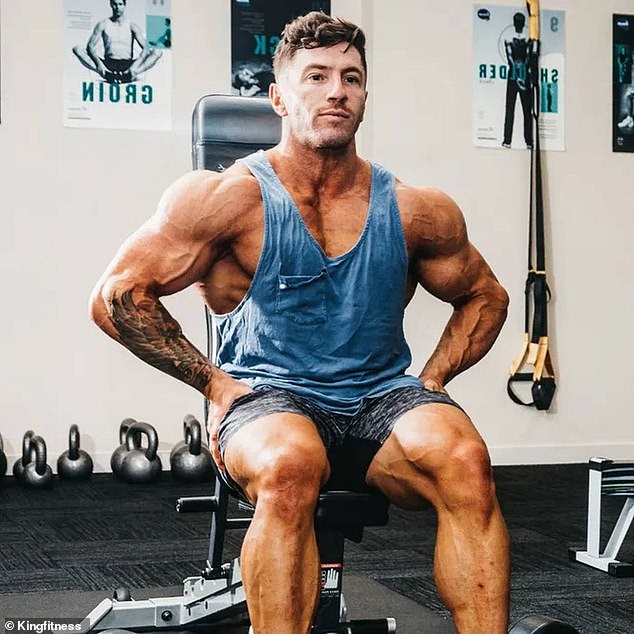 Kiwi personal trainer Daniel King, 31, was in no mood to chat when A Current Affair journalist Steve Marshall tracked him down in Sydney’s CBD following his public urination from the O’Reilly Stand at the SCG when the Wallabies tackled England 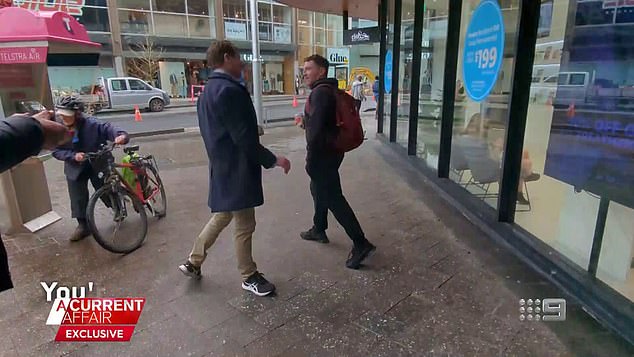 When asked to explain his conduct on camera, Bondi based bodybuilder King  was aggressive from the outset (pictured) 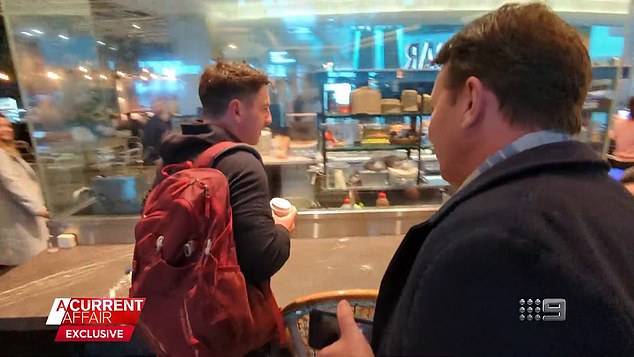 When King attempted to brush the reporter aside, Marshall didn’t relent, asking: ‘Have you got the runs, Danny? I thought it was number ones?’

King next told Marshall no one else was at risk during his public act – despite police having to scale the roof to remove him.

The gym enthusiast then snapped at Marshall, swearing at him repeatedly before adding he was close to getting a ‘fist in the face’.

King also stated he would probably receive a ‘slap on the wrist’ for his offences when he fronts court on Monday – before supposedly calling police to complain he was being harassed by Marshall.

Rugby Australia chief executive Andy Marinos was appalled at King’s behaviour, and issued a lifetime ban to the Kiwi after he was first hit with a two-year penalty. 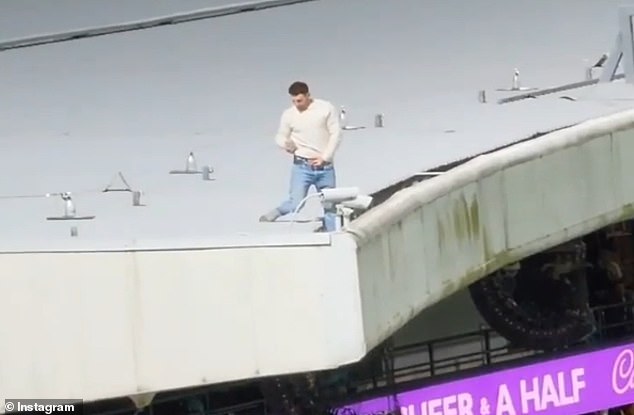 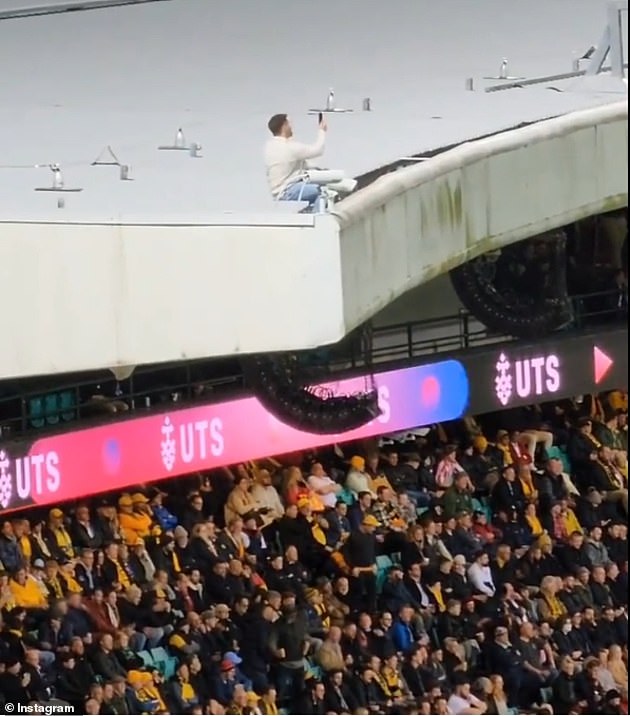 Daniel King watched the rugby match from the top of the Bill O’Reilly Stand, to the bemusement of other fans 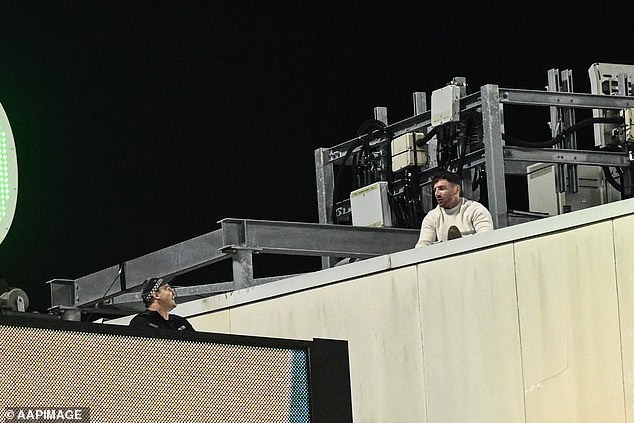 ‘Rugby Australia is disappointed with the reported incidents within the crowd at the Sydney Cricket Ground for the Third Test of the Wallabies’ series with England,’ he said.

‘The deplorable actions of the alleged intruder that made his way to the roof of the grandstand were disgraceful and dangerous.’

The Otago Daily Times reported that King is a former Queenstown resident and represented Wakatipu in the premier rugby competition.

On his website, King reveals he was once a ‘very skinny kid’ who successfully turned his life around in the gym.

His goal for clients is to ‘help more people transform their lives.’