Jose Benavidez Jr. showed off his skills during a media workout at his family’s gym in Seattle on Thursday, as he nears his junior middleweight showdown against two-division world champion Danny “Swift” Garcia headlining action live on Showtime on Saturday, July 30 from Barclays Center in Brooklyn in a Premier Boxing Champions event.

Benavidez was joined on Thursday by his brother, two-time super middleweight world champion David Benavidez and his father and trainer Jose Benavidez Sr. at the media workout. Here is what the family had to say Thursday:

“I feel great. I’m stronger than ever and I’m ready to pull off this upset. There are some people who are doubting me, but I know that I’m going to be the guy that gets the win that night.

“I can box and I can bang. I know that I can do it all in the ring. Everyone is going to see a really strong performance from me on fight night.

“Danny Garcia is a great fighter. I know his dad said some stuff about me, but I don’t let any of that get to me. I got nothing but respect for Danny. I’m going to let my hands do the talking.

“My preparation right now has been great. I’m extremely motivated. David is here along with my dad, and he’s been able to show me things from outside of the ring that I don’t see.

“Make sure you come out or tune in on July 30. This is going to be a war and I’m going to put on a show.

“It feels great for David to have my back. Having him by my side really motivates me and gives me that extra step that I need.” 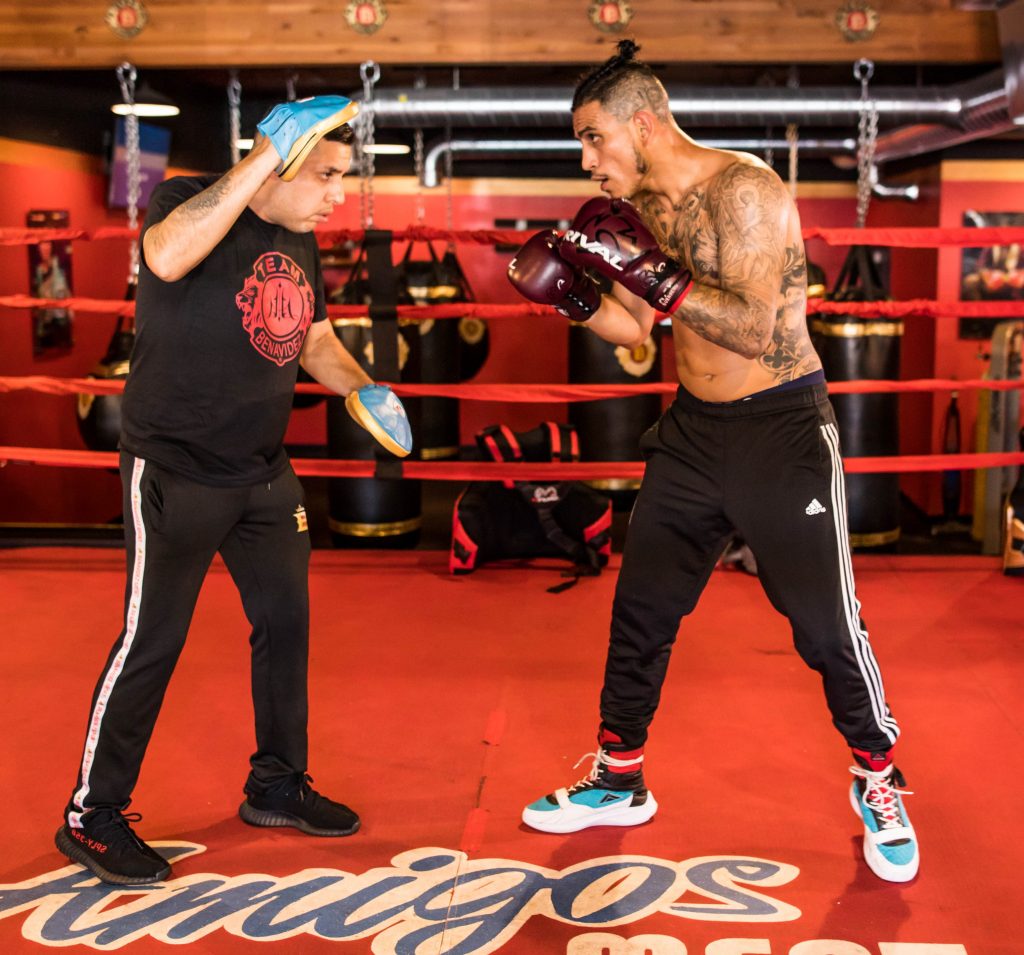 “My brother is a warrior and he’s a great fighter. He’s been a really great fighter ever since we were little kids and I can’t wait for him to show off his skills and talent.

“My brother and I get more nervous for each other’s fights than for our own fights. It’s going to be a great fight. This is a big opportunity for my brother and he’s been working really hard. A win in this fight can open the door for a world title and other huge fights for Jose.

“We’ve always give each other a lot of support throughout our careers. We’re older now and this is the moment that we always wanted to be at when we were younger. We’re fighting on the big stage and we’re really excited about where we’re going.”

“This is a tough fight. Danny Garcia is a two-division champion going up to 154 pounds and he’s a dangerous fighter. He’s accomplished a lot, but we’re training hard and doing everything that needs to be done to get the win. At the end of the day, Jose can’t just win the fight, he has to look spectacular so that he can get even bigger fights.

“Training camp is always super hard. Every camp is a challenge. Fighters go through a lot of little things until we get to the day of the fight. Everything has been great with Jose and he’s had no injuries. We’re just waiting to step inside of the ring.

“There’s been so many times in this sport where I’ve wanted to quit, but I didn’t because at the end of the day, I’m never satisfied. I want more and more. I’m harder on myself than I am on my sons. I have to remind myself to relax sometimes.”

A press release by Showtime/PBC was used in this article.