‘It’s been a hugely positive tour’: Dan Biggar is upbeat about Wales’ progress despite their series defeat out in South Africa… having produced encouraging performances just months after a string of poor outings in the Six Nations

Dan Biggar has urged his Wales side to hit the standards they’ve set in South Africa on a regular basis and not regress to the paucity of their Six Nations displays.

At the start of the year, Wayne Pivac’s side could only beat Scotland of their European rivals and lost at home to Italy for the first time.

But against the odds, Pivac, Biggar & Co responded in style in South Arica, tasting victory on Springbok soil for the first time. 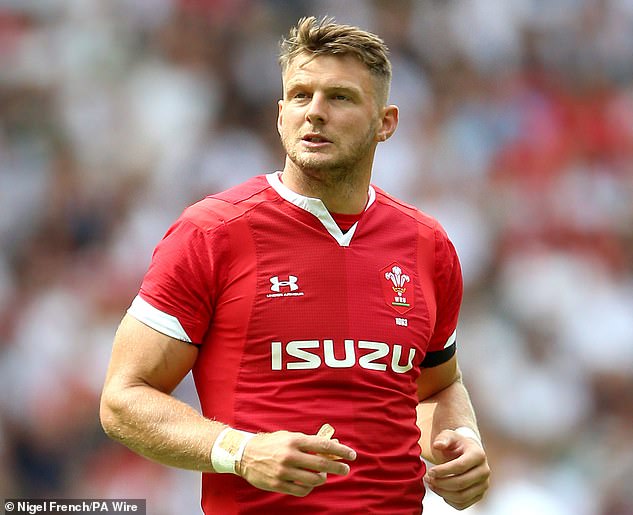 A series win might have eluded them, but there were plenty of Welsh positives to take — despite being outpowered by Jacques Nienaber’s hosts in Saturday’s decider.

‘It will always be disappointing to lose at the end, but to get a win over here is a huge tick,’ said captain Biggar of the 2-1 series defeat. ‘It’s been a hugely positive tour.

‘From where we came from in the Six Nations I don’t think anybody could have predicted it. We fell a little short after a long season, but we’ve said this is the standard we need to get to now, not the Six Nations where we fell off a bit.’ 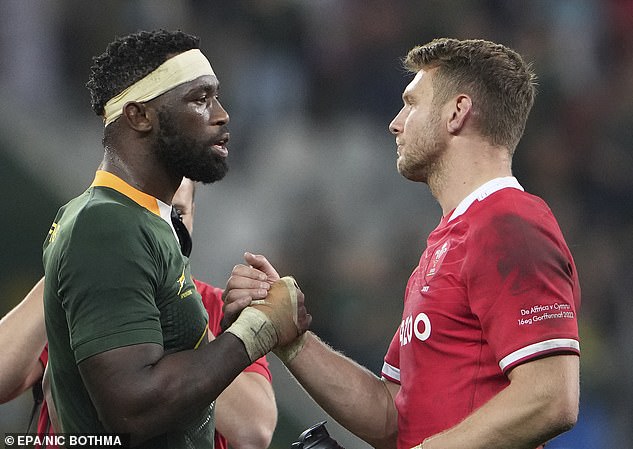 The three matches showed that with continuity in selection and their best players available, Wales can trouble the world’s best.

Wales’ 30-14 loss in Cape Town also showed promising signs of a revival for George North, who is still getting back to his best after a year out with a serious knee injury. Reffell scored Wales’ only try in the third Test as South Africa’s forwards eventually got on top at the DHL Stadium, on an appalling surface which was not acceptable for Test rugby.

‘When we get together in the autumn, we will be a year out from the World Cup and we need to build on this,’ said coach Pivac. ‘The positives outweigh the negatives.’