“The Ring Magazine championship has always been the holy grail of boxing. They’ve been fantastic with me and I’ve always carried that title with pride.” – Tyson Fury

And there you have it.

On Saturday morning I reached out to Tyson Fury for confirmation that he was vacating his Ring heavyweight championship and he answered in the affirmative.

This news comes 24 hours after Fury made an official retirement announcement via his social media accounts, which was also confirmed by WBC president Mauricio Sulaiman.

Fury ends his professional career with an unbeaten 32-0-1 (23 KOs) record. He won every belt there was to win: British, Commonwealth, European, Ring, IBF, WBA, WBC and WBO.

The Englishman claimed The Ring title twice and was also named Fighter of the Year on two occasions (2015 and 2020).

“The greatest moment of my career was winning the world championship (by outpointing Wladimir Klitschko) back in 2015,” said Fury, who ventured to Dusseldorf, Germany and outboxed the legendary Ukrainian over 12 rounds.

“There’s the great comeback after that with the three [Deontay] Wilder fights. There’s been a lot of great highlights in my career – even the Dillian Whyte fight in front of 94,000 at Wembley. It doesn’t get much bigger than that. And I went out with a bang.” 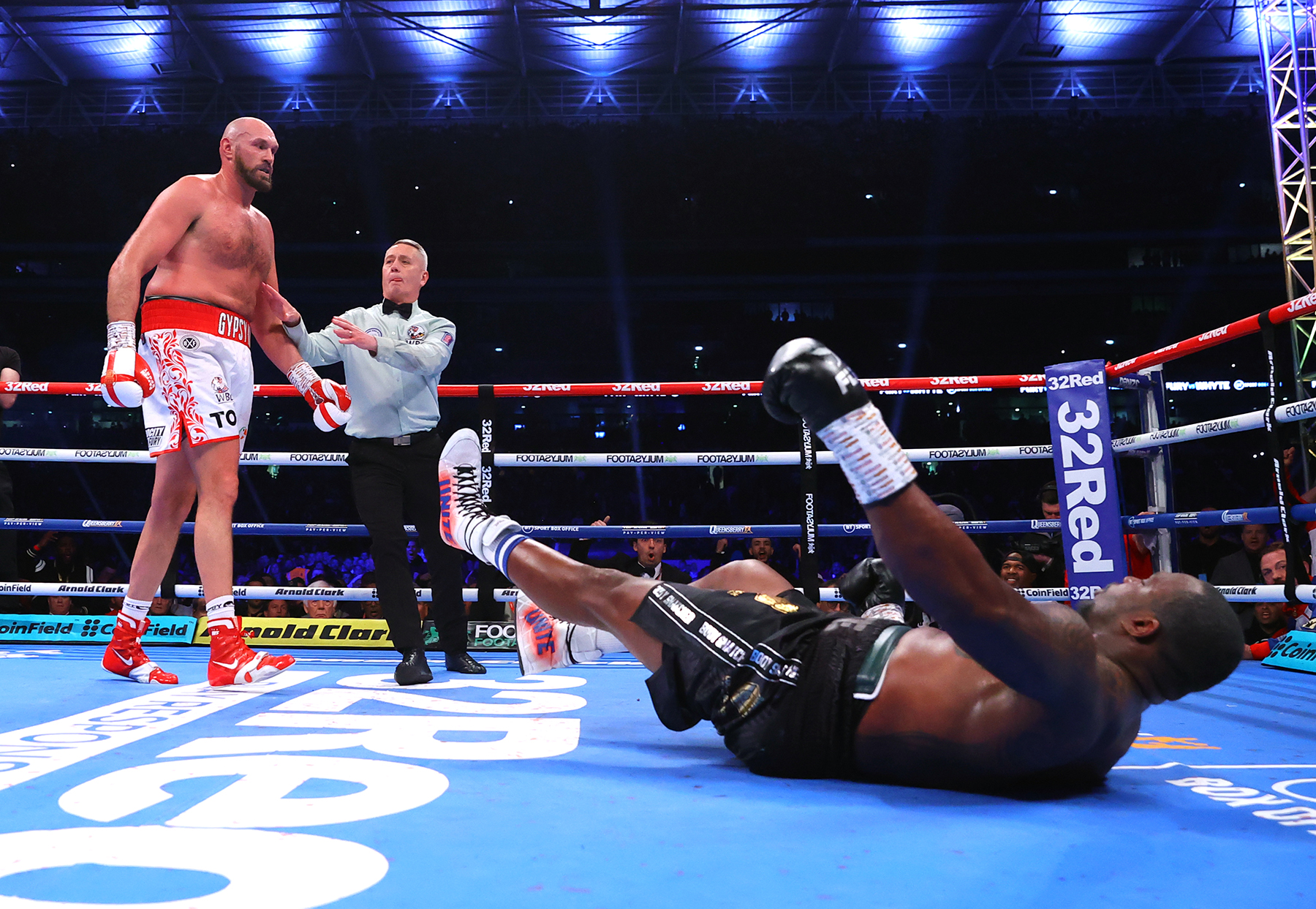 Fury drops Whyte in Round 6 to end their championship fight at Wembley Stadium. Photo by Mikey Williams/ Top Rank Inc via Getty Images

Following the sixth-round knockout of Whyte, on April 23, the 32-year-old Fury informed the press that he was retiring from the sport. With the “undisputed” carrot still dangling in a fight against the winner of the Oleksandr Usyk-Anthony Joshua rematch, which takes place on August 20 in Jeddah, few believed “The Gypsy King” could walk away.

Well, vacating The Ring championship is a serious statement of intent.

I asked Fury how he hoped to be remembered.

“To be honest with you, and I’ve always said, I don’t really give a f__k about what people think of me,” said the now ex-Ring champ after a brief pause. “I don’t care how they remember me. Being remembered means you’re not active [as a person] anymore, you’re finished, and that’s it.”

While Fury has mentioned retirement on several occasions, this is the first time that he’s made the decision to vacate a championship. As of this moment, however, there is no mention of the WBC title being declared vacant.

“It was fun while it lasted,” said a jovial Fury. “I had a good 14-year career. I actually boxed for 20 years, from 14 to 34 years old. I’ve enjoyed it. I’ve enjoyed the ups and the downs. My career was an Indian summer that just kept giving.

“I’ve done well out of boxing. The world is open to so many things now. I’m doing a Netflix documentary at the moment. I’m going to be recording an album soon. Who knows, you might even see me on the silver screen.”

And the Hall of Fame beckons too.

The Ring salute Fury on a magnificent career and we wish both he and his family all the best for the future.

Candy D Information: With regards to ladies’s boxing, male boxers ought to watch and study