Mark Ella says the Wallabies are absolutely NO chance against the All Blacks as Bledisloe Cup victory drought reaches 20 YEARS: ‘Anybody with half a brain in rugby knows we’re not going to beat them’

Rugby union great Mark Ella has declared ‘anyone with half a brain knows’ the Wallabies won’t beat the All Blacks in the Bledisloe Cup.

Speaking ahead of the first Test on Thursday night at Marvel Stadium in Melbourne, the former electric fly-half is predicting Australia’s long drought in the trans-Tasman series to continue.

The last time Australia beat New Zealand in a Bledisloe Cup series was 2002, when Matt Burke slotted a penalty goal after fulltime.

A decade later Ella – who was named an Invincible back in 2013, such was his talent – was asked when he thought the Wallabies would next topple the All Blacks.

He shocked many by boldly stating ‘another 10 years’ – and sadly for Australian rugby fans, those words have proven to be prophetic. 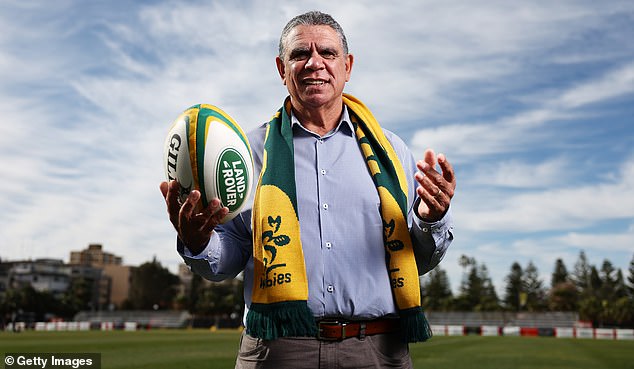 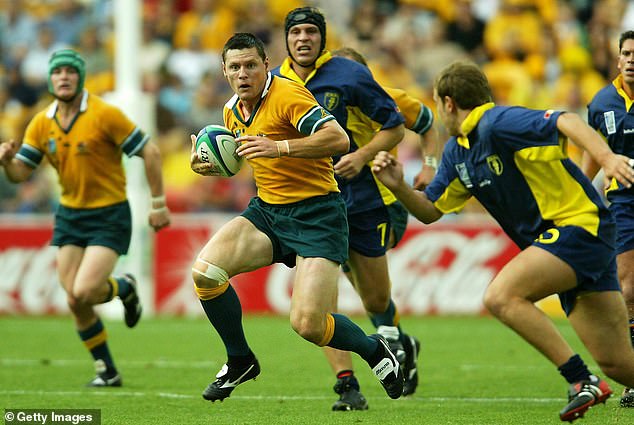 Ella also doesn’t see Dave Rennie’s side beating their fierce rivals over the next few weeks.

‘I wouldn’t have ever thought it would be 20 years. I thought we would have been smart enough to work it out by now. Obviously, we can’t for some reason.

‘Anybody with half a brain in rugby knows we’re not going to beat them.’

Since 2003 – the first year Australia handed the famous Cup back to New Zealand – the Wallabies have won just nine matches from 54 Tests.

Burke, now a TV pundit, said it hurts to watch the All Blacks lift the Cup year after year.

Cross-code superstar Sonny Bill Williams pointed to the ‘phenomenal’ talent pool in New Zealand, with the likes of Dan Carter and Richie McGaw stamping themselves as ‘once in a lifetime players.’ 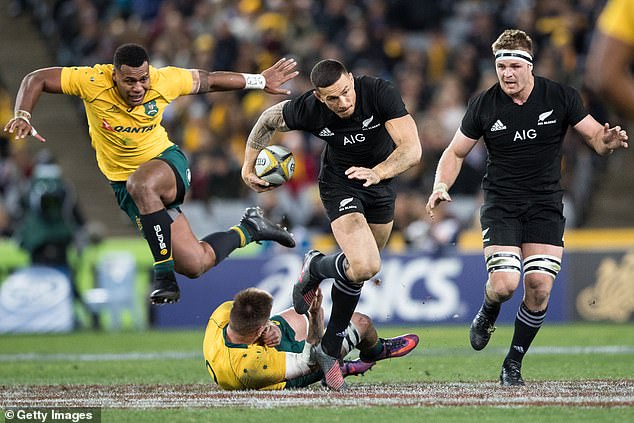 Williams also stated George Gregan’s infamous jibe of ‘four more years, boys’ when the Wallabies stunned the All Blacks in the semi-final of the 2003 World Cup was constantly referenced in New Zealand camps – even years later.

It ensured champion All Blacks teams were always desperate to win – and ruthlessly extend their dominance in the Bledisloe Cup.

But despite the daunting history, the Wallabies remain optimistic.

New Zealand also appear to be vulnerable, having lost six of their previous eight Tests.

The man they call SBW can’t see anything but more pain for the Wallabies, pointing out they need to win two Tests in the series, and ‘winning all your games in a year against the All Blacks is very rare’.