By Jim Calfa: Liam Smith wasn’t in the mood to make peace with Chris Eubank Jr on Friday, a day after he went into attack mode, questioning his sexual preference during the final press conference last Thursday.

Rather than let things go, Smith (32-3-1, 19 KOs) says he told Eubank Jr at the weigh-in that he’d gotten “personal” with him by mentioning his family. Liam then said he asked Eubank Jr if he wanted him to talk about his own family because he was prepared to do it if he had to.

While discussing how many fans were under the impression that Eubank Jr had gotten under his skin, Smith said he was never upset and that’s fought better fighters than Chris and on bigger stages.

Although Smith didn’t mention who those fighters are that he felt were better than Eubank Jr, it would seem likely that he’s refereeing to Canelo Alvarez and Jaime Munguia. Those are the two names that stand out on Liam’s 15-year resume.

Liam lost to both of those guys, so it takes away much of the value of him saying he’s fought better guys than Eubank Jr. When you lose to the best guys, as Smith has, what good is it to use them as a tool to boost yourself above Eubank Jr?

The rest couldn’t hold a candle to Eubank Jr, and it’s questionable whether Canelo or Munguia could beat him. Canelo has obviously done a lot more with his career than Eubank Jr because he was much more ambitious and willing to fight frequently against better opposition.

“We’ve probably said too much the day before. I said, ‘Chris, you got personal. You brought my family into it. Do you want me to speak about your family? Because I will if you want me to,’” said Liam Smith to BOXXER when asked what he said to Chris Eubank Jr during the face-off on Friday.

“That’s gone now. Everything is done now. No more can be said. We’re past all that now. I’ve been relaxed since day one. Everybody has been saying he’s got under my skin. Chris is this, Chris is that. 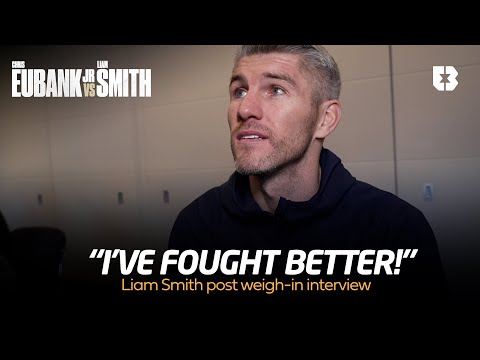 “I’ve had a good camp. I’m looking forward to it. I said the six pounds extra was great, and I’m in a good place.

“I knew the size wouldn’t be an issue with the 160s. I think Chris is at 160.  That was all thought in the process of me taking this fight at 160. I was comfortable doing it at that weight, and the way before the fight, I feel comfortable that I made the right decision,” said Smith.

Heather Hardy to face Taynna Cardoso on Feb. 23 in NYC