By Vince D’Writer: Amanda Serrano is a seven-division world champion who has won nine major world titles, and on Saturday night February 4th Serrano hopes to add to her legacy as she will face Erika Cruz (15-1, 3 KOs) for the undisputed world featherweight championship, at the Hulu Theater in Madison Square Garden live on DAZN.

Serrano is entering the bout as the unified WBC/WBO/IBF champion, while Cruz enters the contest as the owner of the WBA strap. Both boxers will walk to the ring as belt holders, but only one will exit the ring with the undisputed featherweight crown.

For Erika Cruz, a win on February 4th is a monumental victory, but for Amanda Serrano, a win would be another addition to an already long list of achievements. The 34-year-old Serrano has constructed a storybook type of career, but apparently the story is far from over as Serrano plans on authoring more legendary chapters.

Serrano made her pro debut back in 2009 when she earned her first career victory over Jackie Trivilino, and two years later she won her first world title by scoring a second round TKO victory over Kimberly Connor. Beating Connor for the IBF super featherweight title jump-started Serrano’s hobby of collecting championship gold.

Winning nine major world titles in seven different weight classes is very impressive, but Amanda Serrano (43-2-1, 30 KOs) is focused on adding to her list of formidable accolades by accomplishing a first. With a win on February 4th, Amanda Serrano will become the first Puerto Rican born boxer to win an undisputed world title.

While Serrano has made a career out of making history, Erika Cruz started writing her boxing history back in April 2021 when she won the WBA title by defeating Jelena Mrdjenovich. Now the 32-year-old Cruz has her sights set on pulling off a massive upset, and capturing the undisputed featherweight crown.

Styles make fights, and these two boxers possess styles that make this undisputed championship bout an intriguing matchup. Serrano is a boxer who is accustomed to pressing forward and dictating the pace of the fight, while Cruz is a boxer who likes to stand strong in the pocket and throw effective combinations.

The night of February 4th will be an exciting night of boxing, because in addition to the Serrano-Cruz undisputed bout, the co-main features a fight for the undisputed super featherweight crown as Alycia Baumgardner (13-1, 7 KOs) will face Elhem Mekhaled (15-1, 3 KOs).

Amanda “The Real Deal” Serrano is an immensely talented Brooklyn based but Carolina, Puerto Rico bred boxer who takes pride in her career achievements, her family and her Puerto Rican heritage. In a recent social media post, Serrano sums up her boxing career and the significance of a victory on February 4th

“Very few Puerto Rican fighters have created some type of Legacy for our island. I’m happy to say I’ve added some to it. 7 Division Champion, 1st Sisters to Win World Titles, 1st Female/Latina to make 7 figures & Soon 1st PR Undisputed Champion. PUERTO RICO I GOT YOU!” 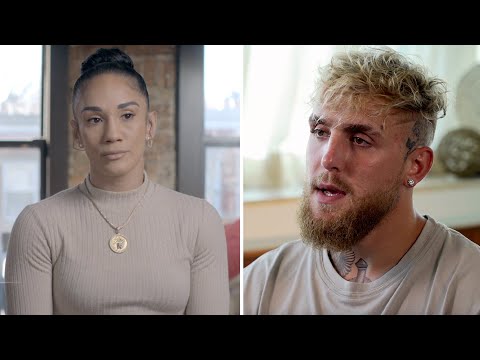 OFFICIAL: Joyce Vs Zhang On April 15 At The Copper Box Arena