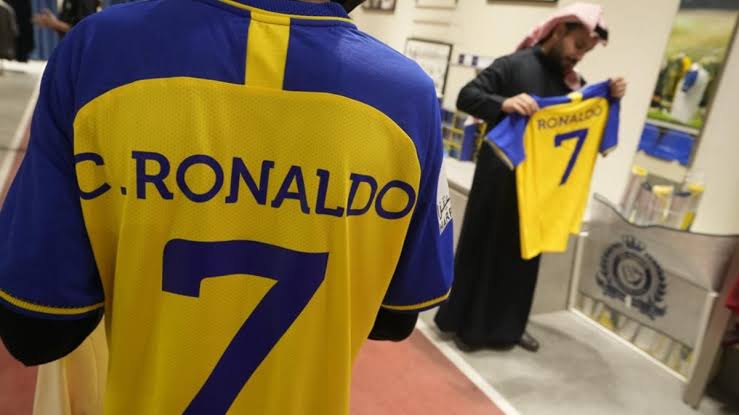 After being tested in the friendly defeat against Paris Saint-Germain on Thursday, Cristiano Ronaldo made his debut this Sunday with Al-Nassr in a Saudi League match against Ettifaq. The city was in a frenzy, with the stadium packed to the rafters.

The capacity (25,000) of the second most popular club in Saudi Arabia (the first is the four-time Asian champions, Al-Hilal) will be too small for the long-awaited debut of Cristiano in the league.

Al-Nassr went into the game second in the table, one point behind Al-Ittihad.

MARCA was in the official club store (not centrally located) and we saw the ‘Cristianomania’ first hand. Those in charge of the store told us that the pace of sales, since the announcement of the signing, is amazing and that 400 shirts are sold on a good day. Of course, with the no.7 and Ronaldo on the back.

And the price of the shirt is not cheap. Counting everything, the amount goes to 100 dollars per shirt. Of course, you get it ‘fresh’, because they print everything in the store.

After this weekend, there are only children’s sizes and XXXL adult sizes. The ‘Cristianomania’ does not stop.