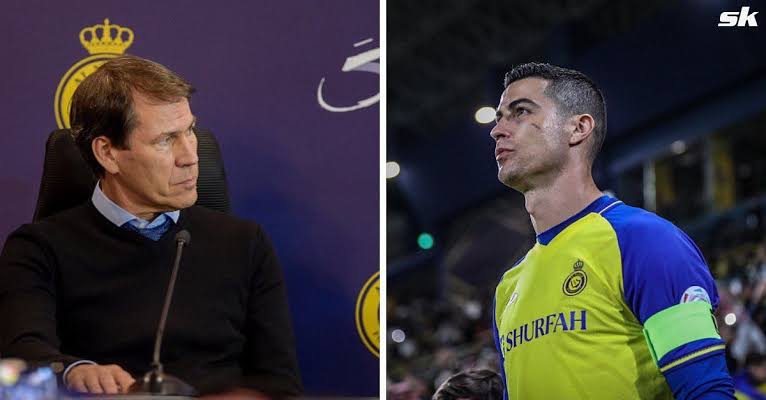 Al Nassr coach Rudi Garcia has claimed that although Cristiano Ronaldo has improved the team, he does not guarantee an automatic win in the Saudi Pro League.

Cristiano Ronaldo, who was officially unveiled as an Al Nassr player at Mrsool Park on January 3, made his debut in a 1-0 win over Ettifaq on January 22.

A two-match ban, which the FA imposed upon him for slapping the phone out of an Everton fan’s hand in April, kept him from making his debut sooner.

First game, first win – well done guys 🙌🏻 Thanks to all the fans for incredible support. 💙💛 pic.twitter.com/vmgwE8TgVo

Ronaldo, who scored a brace for Riyadh All-Star XI in a 5-4 friendly defeat to Paris Saint-Germain (PSG) last week, could not score on Sunday. Nonetheless, Garcia was impressed with the impact he made.

“It’s a positive addition when you have a player like Ronaldo as he helps to distract the defenders, which is what happened with our goal.

“Today we created opportunities for him and asked the players to diversify the game between him and Talisca, and we must not forget that he participated in the (exhibition match against) Paris St Germain and did not get enough rest.”

Garcia concluded by reminding everyone that the Saudi Pro League is capable of giving the five-time Ballon d’Or winner a tough time.

“Even with the presence of Ronaldo, it is not easy to win the Saudi League because of … the strength of the competitors,” the French coach added.

Anderson Talisca scored the only goal of the game in the 31st minute to seal a narrow win for the Saudi Pro League leaders on Sunday.