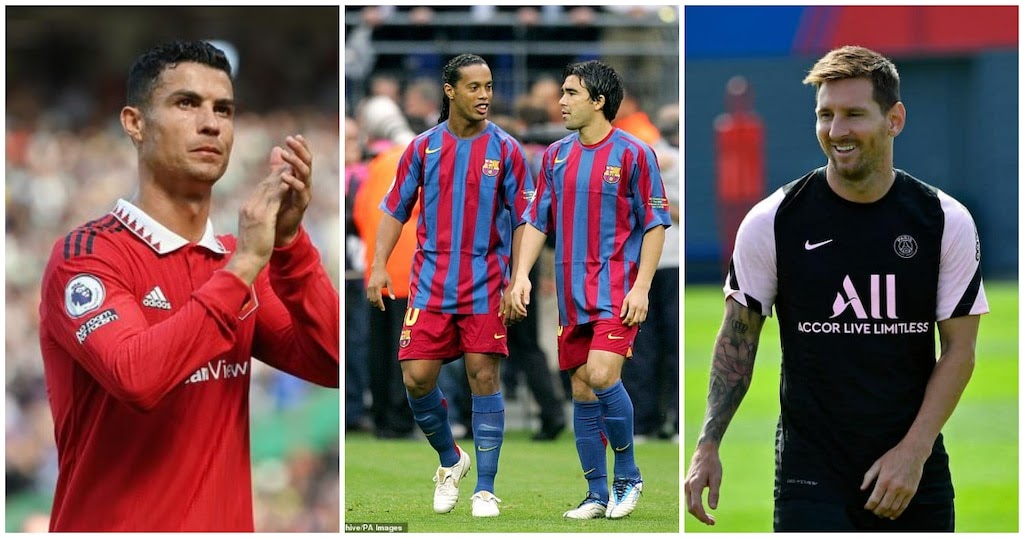 Deco signed a four-year deal with Barcelona in 2004 for a fee around the region of €15 million.

He played with Ronaldinho and Messi at Camp Nou, while conducting his international duty alongside Ronaldo with the Portugal national team.

But despite Messi and Ronaldo winning 12 Ballon d’Or trophies in their illustrious careers, Deco has tipped Brazilian magician Ronaldinho as the best player ever.

Ronaldinho was more talented than Messi and Cristiano Ronaldo,” Deco said in quotes reported by ESPN. “When we didn’t know what to do, he would create chances to score.

“[Ronaldo] was young, athletic and very competitive. Messi worked hard to do what he does now with the ball for Barca, but what Ronaldinho had was completely natural, he had a special ability. Every time we gave him the ball, he would score a different type of goal.

Ronaldinho was crowned the FIFA Player of the Year award twice and was adjudged the winner of the Ballon d’Or once.

His tenure at Barcelona is most remembered when he got applauded by Real Madrid fans at the Santiago Bernabeu after he scored in a 3-0 Clasico victory.

With Deco, Ronaldinho won two La Liga titles and one Champions League crown after beating Arsenal in the UCL final in 2006 under Frank Rijkaard.

Video: Lucas Moura scores on his return from injury with a tidy finish against Arsenal U21s

Video: Lucas Moura scores on his return from injury with a tidy finish against Arsenal U21s