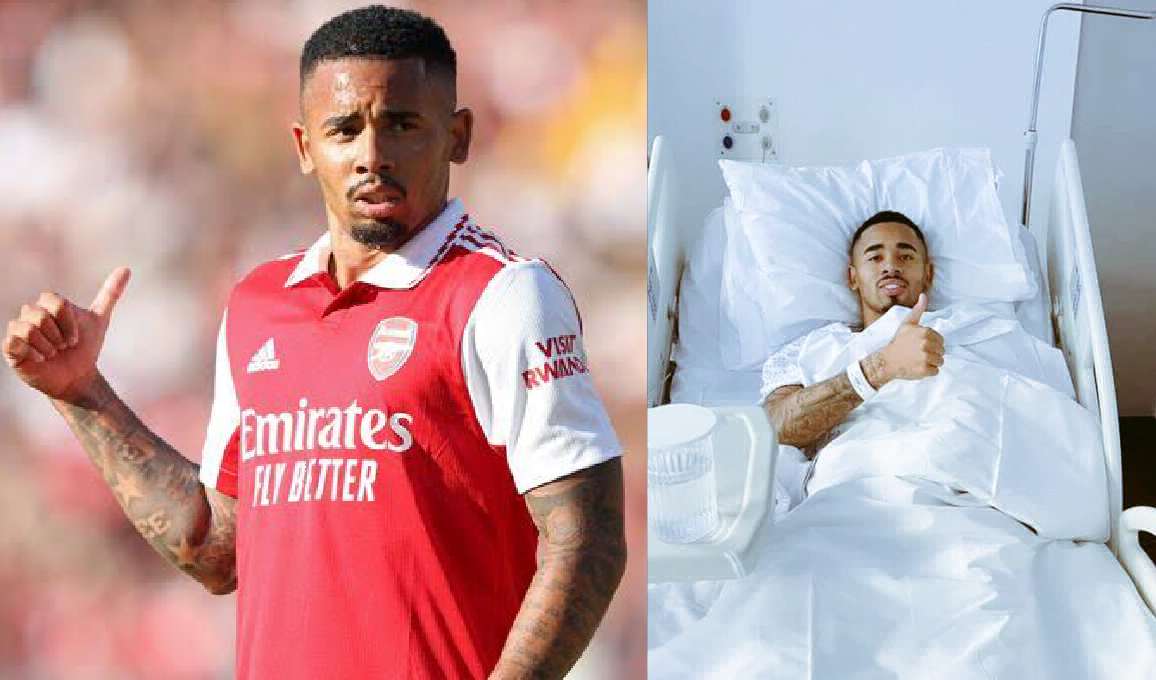 Arsenal striker Gabriel Jesus appeared to reveal when he’ll return to action during a chat with UFC legend Khabib Nurmagomedov.

The 25-year-old has been out since December after picking up a knee injury in Brazil’s defeat to Cameroon at the World Cup finals.

Mikel Arteta’s side have continued their strides to a first Premier League title in 19 years despite Jesus’ absence, but the manager would rather have a fully fit squad for the run-in.

That’s why the striker’s latest fitness update will excite supporters. Check out the video below.

Jesus was in attendance for Arsenal’s dramatic 3-2 victory over Manchester United at the Emirates Stadium on Sunday evening.

Bukayo Saka put the Gunners ahead eight minutes after the break with a long-range effort but were pegged back quickly by Lisandro Martinez’s first goal in English football.

In the dying embers, Arsenal poured forward in search of a winner. They found it thanks to Nketiah, who flicked Martin Odegaard’s shot past David de Gea for his second of the afternoon.

During the halftime break, Jesus had a chat with Nurmagomedov. The former lightweight champion finds himself in the strangest of places. Just ask Sir Alex Ferguson.

When asked about his injury lay-off, Jesus replied: “Maybe four or five weeks more I come back.”

He’ll have a hard time walking straight back into the first XI. Nketiah is now Arsenal’s top scorer in all competitions, registering his eighth and ninth of the campaign against United.

Post-match, Arteta called the 23-year-old ‘incredible’ and praised his ability to step into Jesus’ role.