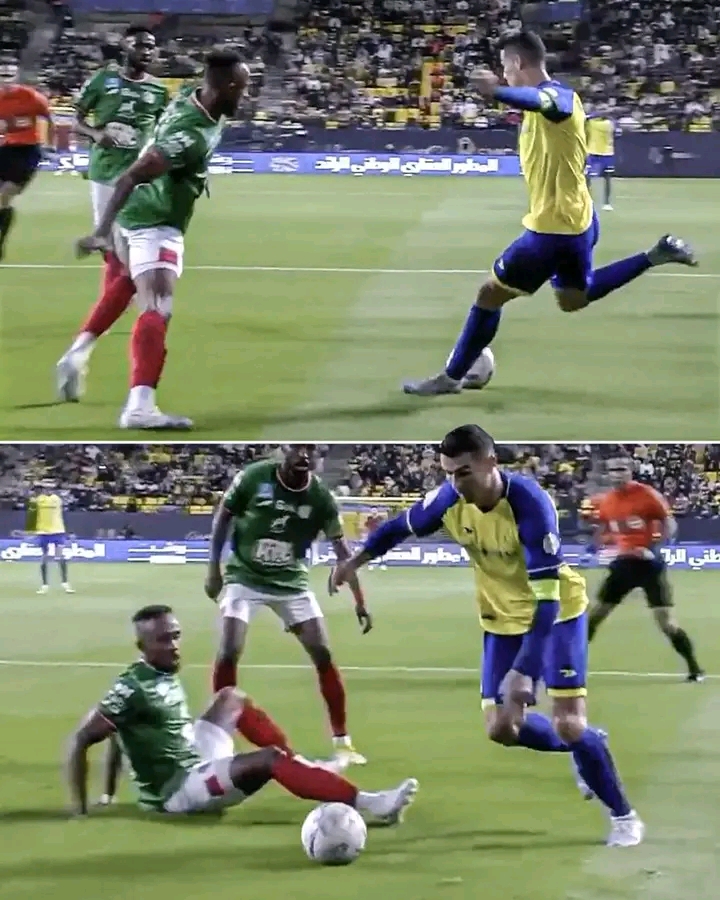 While Cristiano Ronaldo didn’t score on his Al-Nassr debut against Ettidaq, the Portuguese ace provided a few moments for fans to rejoice.One of the moments came inside the Ettifaq penalty box when Ronaldo sat his marker down with a trademark piece of skill.

The 37-year-old, soon to be 38, turned his man inside out as he faked a shot before going free.

Cristiano Ronaldo finally made his debut in the Middle-East against Paris Saint-Germain (PSG) on January 19. He scored a brace in the friendly match.

The match against Ettifaq marked his official debut for Al-Nassr. While Ronaldo couldn’t get on the scoresheet, Anderson Talisca’s first-half goal secured all three points for Rudi Garcia’s team.