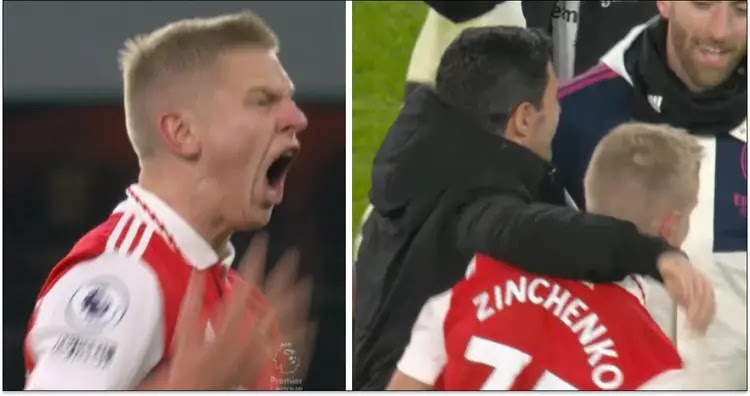 Zinchenko was heavily involved in Eddie Nketiah’s 90th minute winner – and evidence has shown he was clearly onside in the build-up.

VAR reviewed the goal to see if either Zinchenko or Nketiah were offside and eventually declared they were not.

So when it was declared onside, the noise from the home fans was almost deafening.

And Zinchenko’s reaction on the pitch was as passionate as it gets.

The serial Premier League winner screamed at the top of his lungs and it couldn’t have been clearer how much the goal meant to him.

“When I arrived I told the lads, we won’t think about the top 3 of whatever, we go for the title. Some of them started laughing but now they start to believe.” pic.twitter.com/F0vOlSQWmu

Joe Joyce To Fight On April 15th, Opponent To Be Revealed This Week