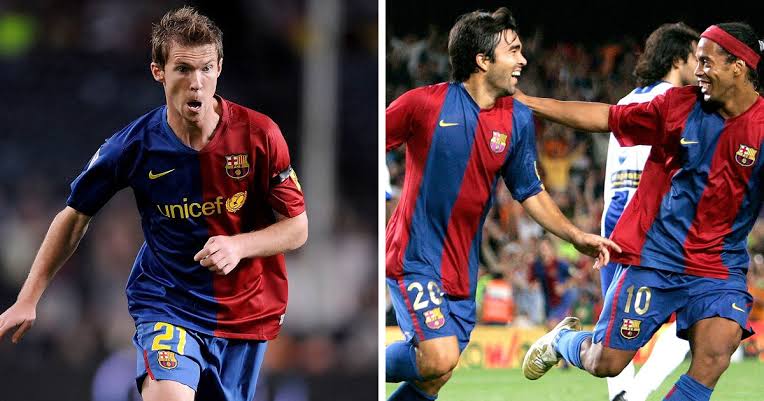 Alexsandr Hleb who played for Barca for the short period of time back at the end of the 2000s, claims that the reason for the sudden departure of both Ronaldinho who was 29 at the moment and Deco who was 30 is their off the pitch behaviour and alcohol problems.

“Ronaldinho and Deco turned up drunk to train,” said Hleb in the recent interview as per Diario Sport. “You know why Barca sold them in 2008? Because they were afraid they would ruin Messi.”

Curiously, Hleb himself was claimed to be struggling with a drinking problem by former Arsenal teammate, Wojciech Szczesny.

“Hleb could have achieved more in football. He still had a great career but he liked to drink,” Szczesny told Polish YouTube channel Foot Truck.

Hleb played 36 games for Barcelona, assisting three goals. As he has recently admitted, the move to Barcelona was a mistake on his part.

“Looking back now, it was a mistake signing for Barcelona,” he said. “I lost my best years. I made some errors and I was never able to show my best.”

“I wanted to play and I was annoyed because Guardiola wouldn’t put me on. Later, I realised that it was my fault.”