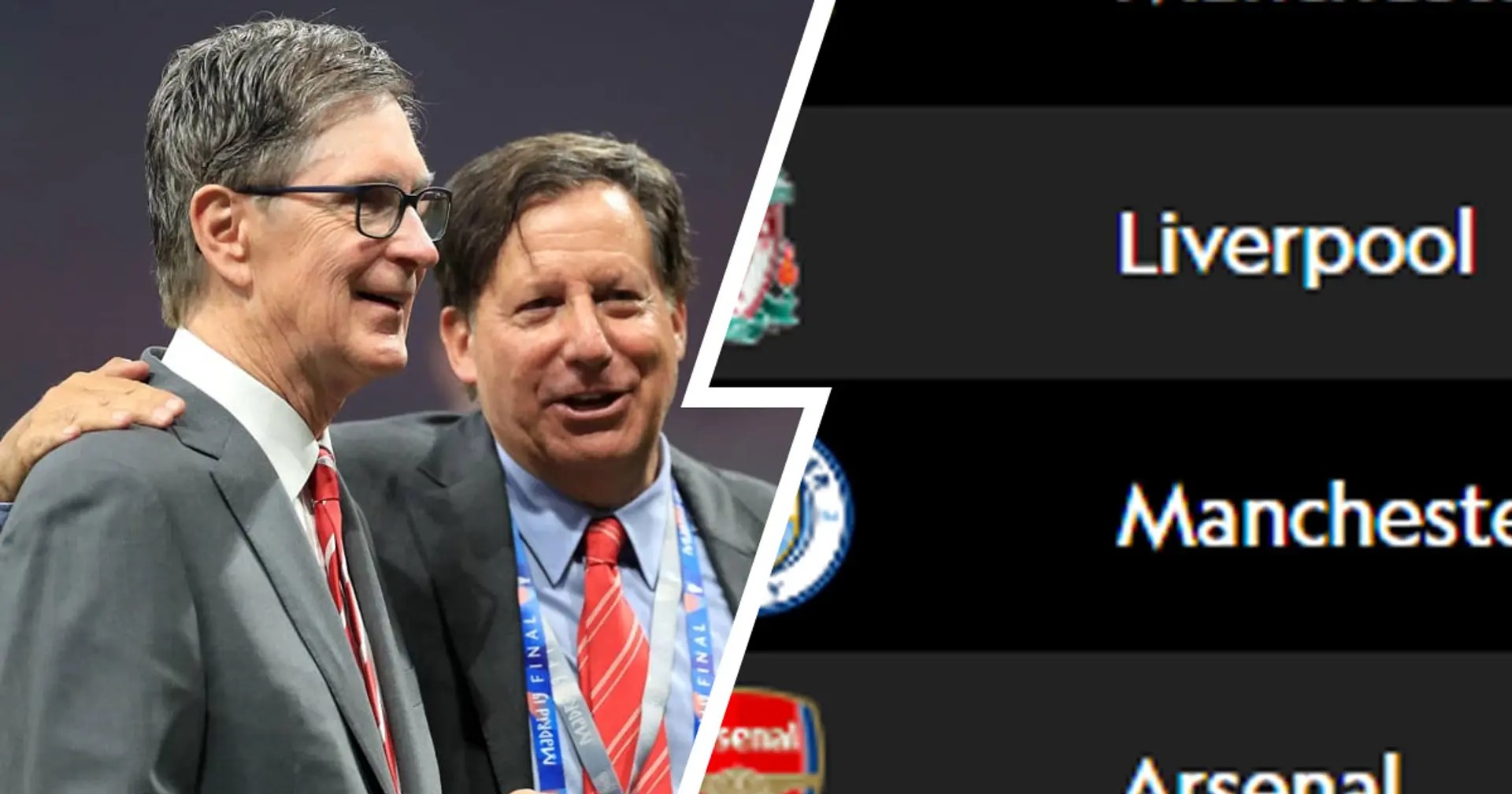 Liverpool has been revealed as the second-most valuable club in the Premier League.

As per financial experts Sportico, the Reds have a valuation of £3.8bn in 2023.

Only Man United (£4.8bn) have a higher value than them among English clubs this year.

This valuation could have potential ramifications on Liverpool’s sale, with FSG now likely to demand over that valuation from possible buyers.